Dive Ontario is proud to announce that Luda Zakharenko has joined the organization as Technical Director. Luda brings a wealth of experience from her background in the sport. She has coached at the local, provincial, national and international levels, including coaching Team Ontario in Canada Games, and the Junior National Team. She received the Good-to-Great Coaching award in 2015, presented by the Coaching Association of Ontario.

Luda immigrated to Canada in 1997 and coached for Nepean Ottawa Diving Club, Ottawa National Diving Club and Forest City Diving Club. She will continue to be part of Dive Ontario’s Sport Performance Committee.

Born in Belarus, Luda was a national team diver for the Soviet Union and the National Champion on platform, and Belarussian National Champion. Luda graduated from the Belarussian State University for Physical Education in Sports and served as the Vice Principal of the Diving Sport School for 11 years. 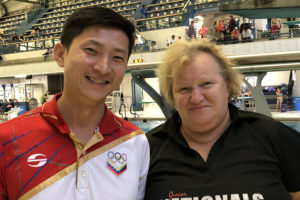